Hello there, my name is Brett King and I have recently moved to Holmsure Farm, Keston, Kent.

The Oakhill workshop is a furniture restoration business and covers a variety of services including, but not exhaustive, gilding, carving, French polishing, chandelier repairs, cabinet making, design, marquetry, inlay, restoration work small and large and anything else that came along.

The workshop has recently moved from Beckenham to Keston and I have recently become a sole trader, thanks to the encouragement and support of my former boss Roderick McVittie (Roddy)

My interest in furniture restoring came from my father Ramsay.  He had his own small business working from our back garden in his workshop and I spent many hours watching his work and learning skills from him. He was multi skilled, lately concentrating on guilding so there was a lot of diversity in the work that he did and I was a keen student, especially as school was not my favourite place!

I worked, post apprenticeship, for 20 years for Christopher’s Antiques doing restoration, design and making furniture for the UK and Internationally, when the American market was buoyant pre 911.

I then moved to The Oakhill workshop, then in Beckenham, and worked for Roddy for a happy nearly 15 years before he decided to have a change of scene. As Roddy had been the workshop manager at Sotheby’s restoration we continued to do a lot of work for them.

I have two grown up children, Emily who is my Instagram proof reader and Sam who is my tech support! My wife (Hellie) of nearly 33 years has been my decorator and right hand man (woman) setting up the new workshop and hopefully to be my continued support with her secretarial skills! 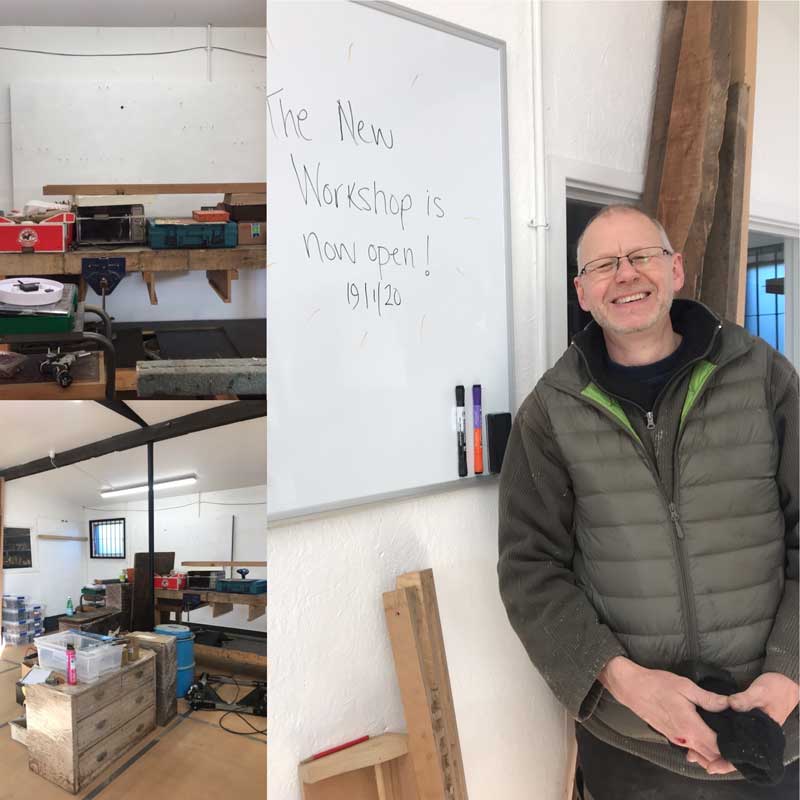 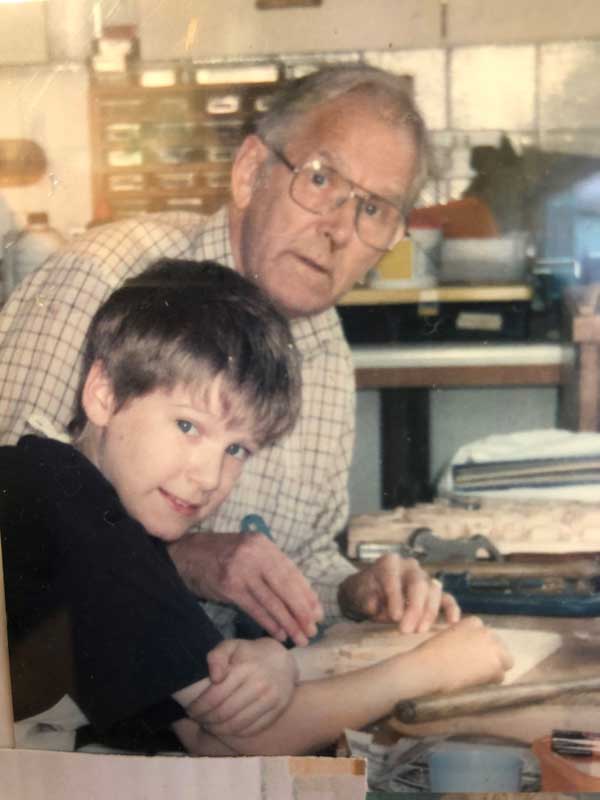